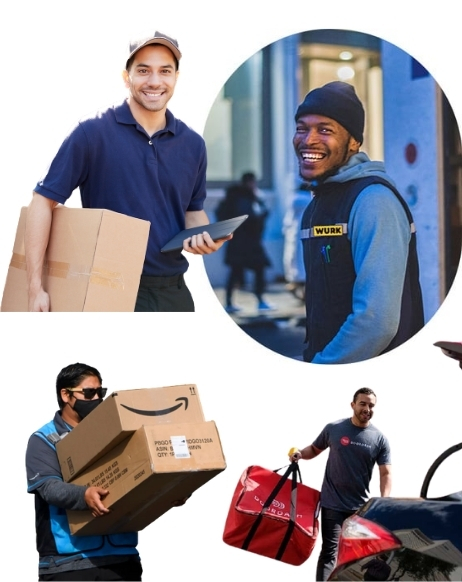 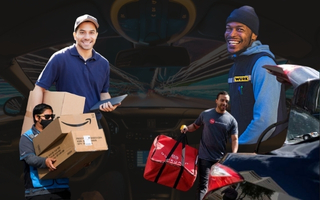 If you have more than one job, Wurk can help you save money.
Thank you! Your submission has been received!
Oops! Something went wrong while submitting the form.
Wurk helps Freelancers and Gig Workers save. Most drivers save $550* when they compare 5 plans.
Call to Get Quotes in 2 Minutes

Lugg Review: Can you really earn $2.5k per week with your truck? 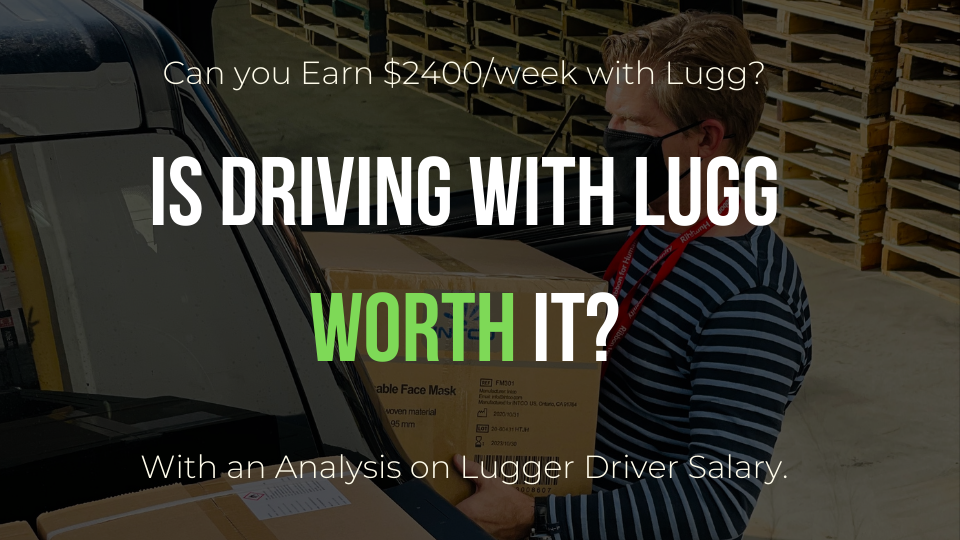 I was intrigued and excited to see how much money a Lugger can make. Their website claims that driving with Lugg can make you $2,500 every week. That translates to $500 per day.

What makes Lugg so special and how can you earn tons of cash while driving as a Lugger? Let’s find out!

Lugg is a platform that functions similarly to having a friend with a truck. It is accessible for smaller loads, on-demand, at any time. Based in the San Francisco Bay Area, Lugg provides consumers with a simple way to transport items purchased online. It's routinely used for furniture delivery.

Lugg can be used to transport anything that fits in the back of a pickup truck or van. Lugg started its services by serving the customers in the San Francisco Bay Area but since then it has added cities to the list.

Today, you can start as a driver with Lugg in 24 cities, including Washington DC, Seattle, Phoenix, Miami, New York City, Chicago, Denver and Atlanta.

Meanwhile, Lugg has become a favorite for deliveries among customers.

What started with moving items across the city has now become better and bigger. Customers can hire Lugg drivers to ferry their stuff across the city and shopkeepers can ask them to haul store deliveries to and from stores.

Once called Lugg Movers, the company is now known as Lugg Moving and Delivery.

You can bring your own van or truck to work and start driving with Lugg.

How Does Lugg Work?

Lugg connects drivers with folks who need help getting their stuff moved within the city. It can be a small sofa or multiple boxes with shop’s inventory or the stuff people buy from Craigslist.

The idea is to create a network of Lugg drivers spread across the city who can make quick deliveries. The process is similar to a rideshare or a delivery service.

The customer puts in a request to deliver or move an item. The luggers pick up the request, accept it, and do their job to get paid according to several factors.

These include, item weight, distance, destination, etc. When you qualify to start driving with Lugg, you can start earning $30 or more per hour if you have a truck, van, or even a trailer.

However, those earnings are not always guaranteed. Let’s leave this aside for now and adress it in mor detail below.

The second type of gig job associated with Lugg is becoming a helper. Helpers typically make $15 plus tips. For this, however, you will typically need to have the strength to lift heavy objects.

Customers can purchase insurance for damaged or broken things while in transit, which helps protect workers as well.

Moving stuff is never easy. The risk of damaging things is always present. When it happens, drivers are held liable. So, to protect Lugg drivers and workers, the company asks customers to opt-in for insurance, at an extra cost.

After going through a few Reddit posts and reviews on Yelp, we found that the customers have had several issues with Lugg in the past.

This is mostly on the account of goods being damaged in transit or parts of orders being forgotten.

There have been complaints about some hidden charges as well. However, most of the complaints are from three or four years ago. Since then, Lugg has improved its reliability and customer satisfaction ratings considerably.

The Lugg we see today is different and more able to get their customers the service they deserve.

How to Start Driving With Lugg?

Lugg drivers need to fulfill some requirements before they can start hauling. These are:

People with persistent back pain or other issues that prevent them from doing moderate to occasionally heavy physical lifting may not be the best fit.

The second “must-note” requirement is that your truck or van must not be older than 2001. Plus it must be in good working condition.

Owning a truck is not a requirement for being a Lugg driver. You can also rent a truck to use for your hauling. This will obviously increase your operational costs, but the pay may be good enough to warrant it until you can afford to buy your own vehicle.

Why has Lugging Become Popular?

Driving with Lugg comes with a number of benefits that drivers and helpers enjoy.

This Starts with the part where you, as a lugger and helper, get to keep all the tips. And if we are to believe Lugg, luggers and helpers make more in tips than what they make from their official payout.

Other than this, there is the perk of working when you want, provided you are in a city where Lugg is accessible. Lugg pays its drivers and helpers everyday via a direct deposit into their account.

So, unlike Uber and other similar services, your tips won’t be taken (there was a giant dispute over this issue at Uber). Plus, you will get paid every day, which is also not the case with Uber, where you are paid on a weekly basis and where early payouts incur extra charges.

How do Drivers and Helpers Earn with Lugg?

According to the Lugg fare breakdown shared by a user on Reddit, there is a base fare, which is fixed. Then you have the cost according to the distance, labor cost, and finally the tip.

The fare breakdown above shows that the customers are charged around $2 per mile. Cost may vary, according to the city.

How is working at Lugg? Is it Worth it?

Two things are important to look at for every job; the payout and the work conditions. From what we have read, experienced, heard, and understood, driving with Lugg is not worth it.

For one: the drivers are not happy with the salaries relative to the work they have to put in. Secondly, they don't have great support from management. They are technically contractors, rather than employees.

Customers are not required to pay tips, which Lugg claims are often more than the payout.

Let’s see a salary comparison of Lugg in different US cities. We don’t have the required data to compare the salary in every city, but here’s what we have got.

There are some issues that one only sees while in the system, so here's some feedback from actual Lugg drivers.

A few other things we found were that you need to work at least 80 shifts before Lugg increases your commission.

All in all, Lugg is a location-specific job. If you are driving with Lugg in a busy city where people move often and stores need restocking frequently, you will have your hands full.

In other cities, you are better off working for another delivery service.

Lugg started in 2014 and has built a pretty strong presence in the country, with operation in 24 cities.

With Lugg, you can use your truck, pickup, or van and help people move stuff from point A to B.

However, the work may not be as fun and rewarding as one might want. The company’s claim that one can earn $2500 per week is in doubt, given that at the average hourly rate, this would require over 96-hour work weeks.

With all the issues we have found and the inability management to bring a better work structure for drivers and helpers, it may be best to look elsewhere for work in this gig economy. 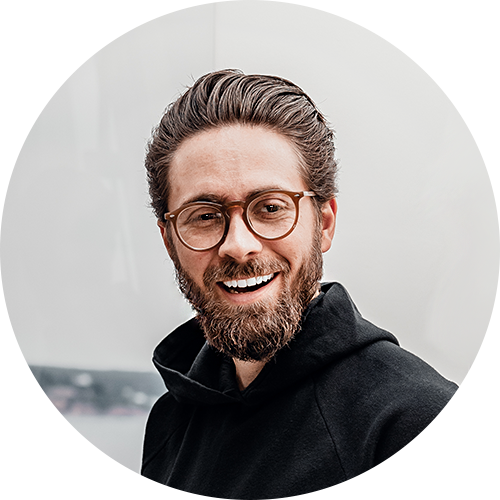 Andrew Wise, Side Hustler Since 2009
Founder, Wurk.cc
I have spent my entire adult life maximizing my money. At age 6, I was selling my lunch, at age 16, I was a Power Seller on eBay, and at age 26 I was helping Postmates manage their $10M annual Adwords budget. Today, I'm helping gig workers maximize their money on Wurk.
Related Articles 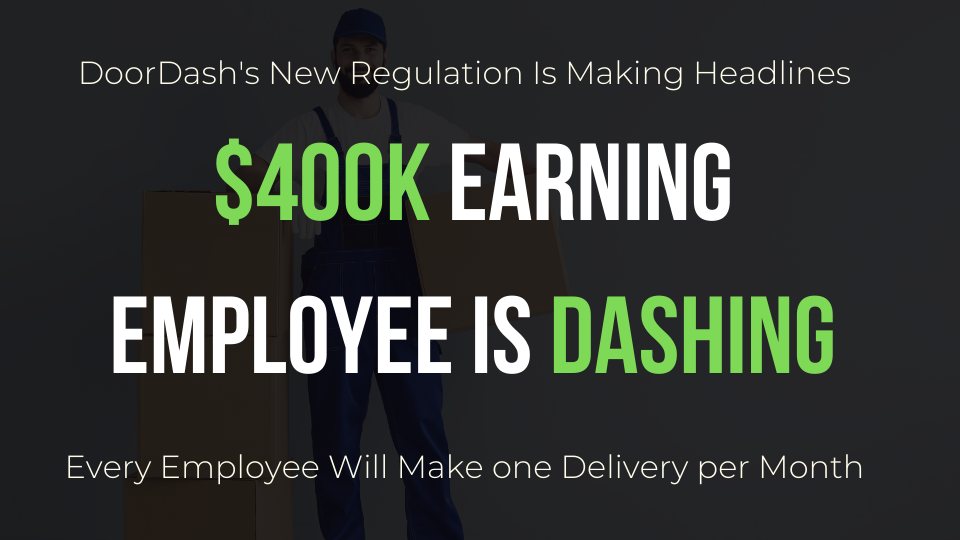 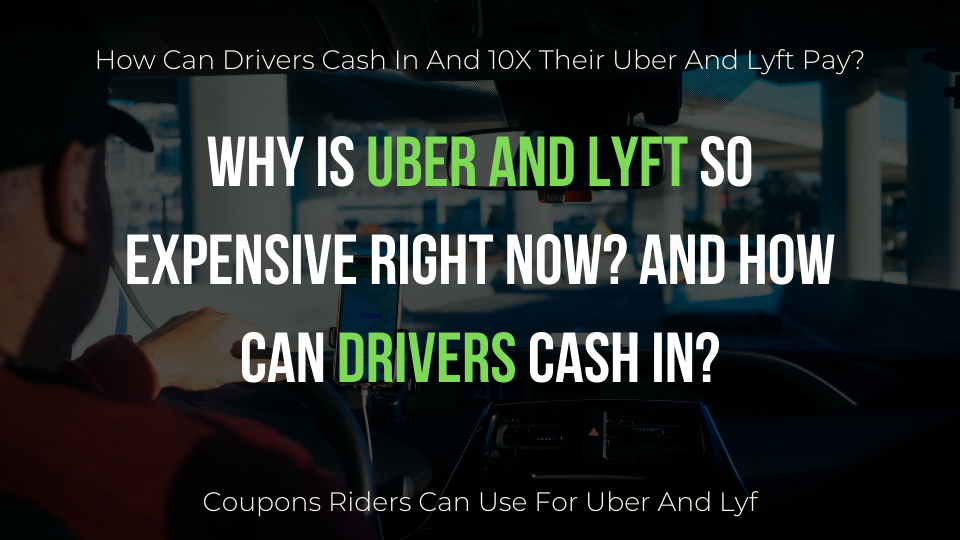 Why Are Uber And Lyft So Expensive Right Now? And How Can Drivers Cash In? 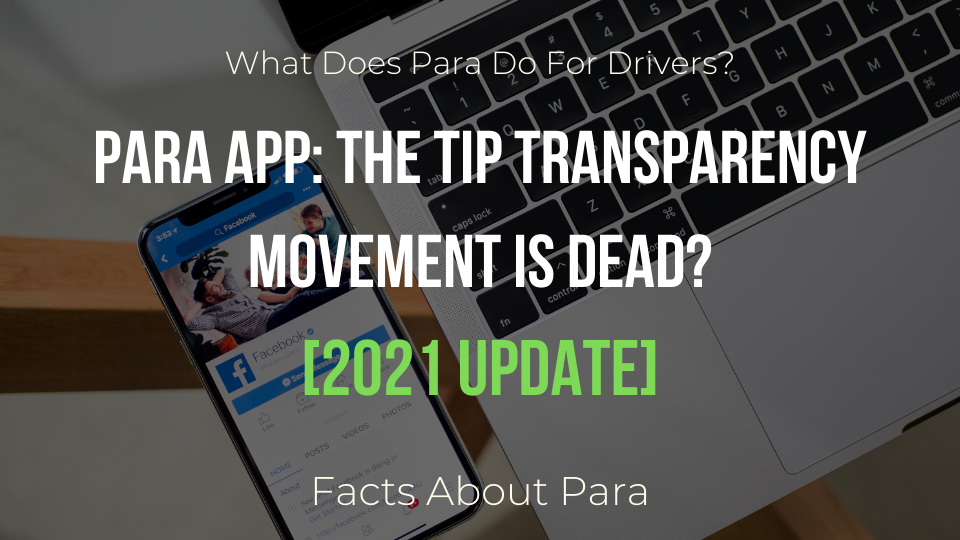 Side Hustler Blog
DoorDash Asks All Employees (Engineers and White Collar) to Deliver at least Once
Why Are Uber And Lyft So Expensive Right Now? And How Can Drivers Cash In?
Para App: The Tip Transparency Movement Is DEAD? [2021 Update]
How To Pass The Amazon Flex Background Check (On Your First Try)
How is Veho Changing the Last-Mile Delivery System?
How To File Your Uber Tax With Or Without 1099 (Tax Calculator for 2021)
How Does Veho Work? Tracing Veho's Journey Till Today
How Does Doordash Make Money in 2021? Dashers, Restaurants & More
Lugg Review: Can you really earn $2.5k per week with your truck?
What Auto Insurance Covers Instacart, Doordash, Uber & UberEats?

Wurk.cc is not an insurance or operating company but connects individuals with insurance providers. Products and services are provided exclusively by the providers. Descriptions are for informational purposes only and subject to change. Insurance plans may not be available in all states. For a complete description, please call (833) 927-1270 to determine eligibility and to request a copy of the applicable policy. Wurk.cc is not affiliated with any insurance plan nor does it represent or endorse any plan. By using this site, you acknowledge that you have read and agree to the Terms of Service. and Privacy Policy.

We are committed to protect your privacy. For California Residents: If you do not want to share your information please click on Do Not Sell My Personal Information for more details.

*Clients who compared seven plans found savings of $1,011.84 over the course of a year.

Thank you! Your submission has been received!
Oops! Something went wrong while submitting the form.
Get Matched with $550*
Get Paid $100 for TestimonialsSide Hustle Blog
Terms of ServicePrivacy PolicyCCPAContact UsAbout Us

This is an advertisement from a third-party. (TTY 711)